THE SAINT OF THE IMPOSSIBLE

A film by Marc Wilkins

THE SAINT OF THE IMPOSSIBLE

A film by Marc Wilkins

A murder, a police raid and a photo of a mysterious girl; a young immigrant mother in New York must piece together her twin sons’ secret romantic life, in order to find out what happened to them.

A bittersweet deconstruction of the American dream. 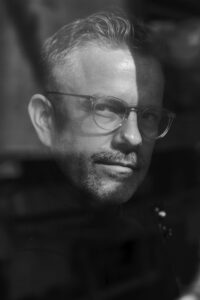 Born 1976 In Bern, Marc Wilkins is an award-winning director of short films and commercials.
He shot his first short film on super 8, during a student exchange in New Zealand.
Finishing school early, he taught himself the craft of filmmaking “on location”, working in various departments in over ten feature film projects all over Europe.
His New York-based short film, hotel Pennsylvania, had its world premiere at the prestigious Clermont-Ferrand festival in 2013. It screened at many festivals around the world and was awarded jury- and audience-prizes.
Marc’s last short film drama, bon voyage premiered in Palm Springs, where it won the jury award for the best fictional short film. Bon voyage won 42 awards and was shortlisted for the 89th academy awards.
The Saint Of The Impossible is his first feature film.

2020 The Saint Of The Impossible

The Saint of the Impossible is a cinematic experience. It is not often that cinema demonstrates its ability to dream so consistently in the midst of the ugliest truth.
Michael Sennhauser, Sennhausers Filmblog

A clever narrative about the human condition, the harsh reality of life, and humanity in a boiling metropolis.  A film full of surprises.
Statement of the Jury of Filmfestival Kitzbühel (Best Fiction Film Award)

It has an aura similar to films such as The Great Dictator and Rome, Open City. In times of tightening up immigrants’ rights and building walls, the only way out is to reconnect to overcome the harshness of our realities.
Caio Shimizu, Pop With Popcorn